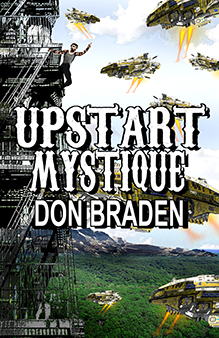 On its way to a distant colony world, the space vessel Marco P loses all power and an unknown force convinces the navigator that a distant, dead world is the vessel's true destination. Commander Malcolm Carpenter orders the crew to abandon ship to protect them and to learn how to defeat whatever force has intercepted his ship. The crew discovers a small group of inhabitants, the only people on the planet who were not uploaded into a vast computer network—a computer network captivated by upstart humans and their imaginations. To free his crew and his navigator from the planetary network's grip, Commander Carpenter must face a moral dilemma. Can he save his crew without condemning a planet's inhabitants and their digital ancestors to death?