Hadrosaur Productions is an entertainment company specializing in quality science fiction, fantasy, and horror. We publish fine novels, anthologies, and chapbooks and sell them at Southwest regional conventions. We also work in audio and video production. We take our name from creatures discovered by science that resemble creatures of mythology. Hadrosaur Productions explores the intersection of science and fantasy in all its endeavors.

Great Science Fiction and Fantasy since 1994

Hadrosaur Productions was founded in 1994 by Kumie Wise as part of a business project at the University of Arizona. Her goal was to present science fiction fans with the most dynamic audio productions of science fiction anywhere. She, along with fellow student, Melissa Guy, developed the original business plan and marketing strategy for The Pirates of Sufiro audio series, written by author David Lee Summers. 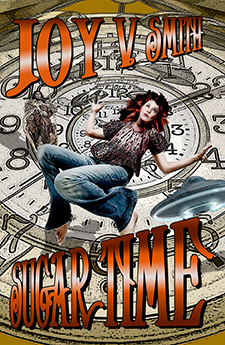 After the success of the Pirates audio series, Hadrosaur's next audio project was Culhwch and Olwen, the oldest known of the King Arthur stories. The story was told by Pirates author, David Lee Summers, with music by Kevin Schramm of Tucson's premier Celtic band, The Mollys.

Hadrosaur has produced other audio projects including Sugar Time by Joy V. Smith. Sugar Time is an audio time travel adventure featuring a full cast with music and sound effects. To learn more about each of these projects along with Hadrosaur's fine line of print books, visit the Hadrosaur Productions on-line bookstore. 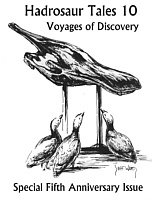 In 1995, Hadrosaur Productions, with Kumie still at the helm, moved from Tucson, Arizona to the current offices in Las Cruces, New Mexico. David Summers, author of The Pirates of Sufiro joined the staff as editorial director. William Grother joined as publisher. Together, they created Hadrosaur Tales, a science fiction and fantasy anthology series.

Over its ten-year run, Hadrosaur Tales presented many fine authors including award winners Tim Lebbon and Randy Ashburn, along with noted authors such as Neal Asher, Keith Allen Daniels, and Uncle River. In whenever-the-heck, Hadrosaur Tales moved into the 21st century under the new name, Tales of the Talisman.

Tales of the Talisman

A talisman is any object having apparently magical power. To us, stories and poems are magical. They have the power to transport you to other times and places and let you hear the thoughts of others. Books and literary magazines are the most powerful of talismans. Tales of the Talisman is Hadrosaur's magazine of science fiction, fantasy and horror that features the same quality of writing that distinguished Hadrosaur Tales illustrated many of the finest artists working today. As of November 2016, Tales of the Talisman is on indefinite hiatus.